U Heard Me! Unfiltered Observations with Robert Reich 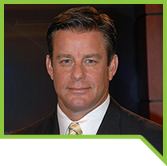 Last week I flew back into Orlando International Airport after a long day of traveling.  I expected to be met by our local limo airport shuttle service at the curb for a ride home.  No one showed.   There I was standing at the arrivals curb at 11 PM waiting on a driver who stood me up.  Not good.  After 20 minutes I gave up and went down three levels to the taxi stand.

The nice guy who ran the stand directed me to cab and the driver seeing my approach immediately jumped out and grabbed my bag and said with a very genuine smile on his face, “Hello sir!  Let me take your case for you.   Where would you like to go?”  He had enough energy for both of us at this point.

As we left the airport for the 35 minute ride I couldn’t resist engaging him in conversation, “I noticed you have a slight accent.  Where are you from?”  “Ghana” he replied without hesitation “I came here ten years ago in search for a better life.”

{Ghana is a country in West Africa.  It was for a period of time a British colony but now is self-governed.  It is a poor but stable country located south of the Sahara desert in a more forested region of the continent.]

I asked him how his “search” was going suspecting there was a story.  “I now live in the most wonderful country in the whole world” he proclaimed.  “The United States is the land to come to be free.  Free of corrupt government, free of religious persecution and free to become anyone you want.”  He was proud to say he lived in this country and I got the feeling he would do anything for the good of the USA.   “I came here with nothing and look at all I have” he said while waiving his hand around the cab with an air of magnificence.  In Ghana, he told me,  you are judged by where you grew up and what religion you are.  To many people these are the only things that matter.

“How did you decide to move here all those years ago?” I continued with my questions to urge him on.  “When I was young” he said “my mother was lucky enough to be able to purchase a supply of Uncle Ben’s Wild Rice.  She served this delicious rice to us for many meals (the rice was the whole meal) and told us it came from a great land called the United States of America.”  “My father loved your country music and used to sing country songs all the time.   So you see, when I was a child, the USA was the land of delicious rice and wonderful music.

“When I became a young man and started to look for work in Ghana, there was none.  I had a few jobs here and there but nothing stable.  I had a family to take care of and it was very hard.   Finally  I decided I must act so I left for America—home of Uncle Ben’s Wild Rice.

I responded with “Is your family here too?”   My energetic driver quickly turned despondent, “No I had to leave them behind in Ghana.  I go back for three months every year to see them and the people of my village.  I miss my family…I miss being a father to my children.”   His mood then brightened and he said “Every month I send as much money as I can home to my family and village.  I send whatever I can afford $500, $600 a month…every month.”   “That must do a lot for them” I replied.  “OH YES!” he almost shouted his answer, “clothes, food…and TOYS!”   I knew it: Santa Claus is really a cab driver in Orlando.

We pulled into my driveway but I wished we had more time.  He put the cab in park and turned to me and offered his hand.  “My name is Agbesi, my name means ‘there is life!”  I shook his hand, “Glad to meet you Agbesi, my name is Robert and my name doesn’t mean a thing.”   We both laughed at that.

Outside the cab I paid Agbesi his fare and gave him a generous tip—more than the usual 20%.  It was late and he drove me a long way for which I especially appreciative given I had been stood up at the airport.

When Agbesi saw his tip he put the money to forehead and bowed slightly to me.  “Thank you, Mr. Robert, Thank you.  You have no idea what this means.  I am sending this money tomorrow to Africa, to Ghana, to my family and my village.  Thank you.”  Money from my wallet going to Africa, the thought of it traveling that distance to help his family was awesome, humbling and made me feel very good at the end of a very long day.

I hope some of it goes for buying some Uncle Ben’s Wild Rice.